In May of 2006 I graduated from Syracuse University with a degree in Mechanical Engineering. Upon graduating I had an awful taste in my mouth at the thought of embarking on my journey into the “real world.” I decided to go to Israel for several months where I would intern at the Israel Institute of Technology in the northern port city of Haifa...delaying the inevitable.

I arrived in Israel on June 12th, 2006 and moved into an Immigration Absorption Center, which I had arranged prior to my trip. This is a dorm like building that’s sole purpose is to transition new immigrants into Israeli life and culture through a supportive learning community. For all intents and purposes I was a new immigrant – I spoke no Hebrew, was for the most part unfamiliar with Israeli culture and had no friends or family in the country.

My first month was spent adjusting and familiarizing myself with the fundamental tasks critical to my existence -- learning which buses would take me to the university, where to purchase groceries, and learning some commonly used Hebrew phrases. Those first few weeks in Israel were probably the most exhilarating and enlivening weeks of my life. I was living in the Middle East with a group of international friends, could hold a reasonable conversation in Hebrew and had seemingly mastered the skills necessary for day-to-day survival in a foreign country.

On July 15th, those unshakable weeks of bliss came to an end. On that ostensibly normal night two Katuscha rockets, fired from Lebanon, hit approximately 1km from the absorption center. To say the least a wildfire of panic and fear spread through the newly immigrated population of the center. For the rest of the night there was a cloud of uncertainty in the center as most of us were not used to this facet of daily existence in Israel.

Fast-forward to the next morning and things were back to normal. The hustle and bustle of the city, people walking their dogs, cafes filled with locals, it was as if noting had happened the previous night. The day proceeded normally but on that night of the 16th, I tossed and turned in my bed, unable to sleep. The sky was filled with an extremely loud, low-pitched, almost vibrating roar. This was the sound of countless Israeli fighter jets flying overheard, assumably into Lebanon. The roar lasted for several hours and must have equated to scores of aircraft flying dozens of missions. On this night my facade of ease, and the illusion that I had adjusted to Israeli life vanished – I was suddenly and unwillingly scared.

Morning finally came and everything was once again normal, at least on the surface. I followed my daily routine and prepared to go to my 8am Hebrew class. Things were going fine but at 9am, we heard several loud booms in the distance. The teacher tried to calm our resurfacing alarm by telling us that some students were banging on a door down the hallway. Three minutes after the ‘booms’ began, the missile warning system in Haifa sounded. This was probably the scariest moment of my life. The class ran outside and as instructed we filed into the stairs that led into the bomb shelter. About one hundred people made their way into the bomb shelter, crying, screaming, and panicking, in German, French, Russian, Hebrew, English, Portuguese and Spanish, it was complete and utter chaos. This was one of those surreal moments in my life where I felt inexpressibly distant from all those things that up until that point had encompassed my comfort zone. I was in Haifa, Israel in an underground bomb shelter, during a terrorist initiated rocket attack, 9000 miles away from my friends and family.

We sat in the bomb shelter for approximately six hours. During this time most people huddled around several radios to listen to the static filled news. Other than what I heard with my own ears that morning and previous night, I had little clue as to what was going on in Israel. For one, the reports were in Hebrew, and people were too caught up trying to decipher the news to really explain it to the people who didn't speak Hebrew. During this time, the attacks outside did not cease, in fact the moderation of rockets intensified. We could hear the echo of the Katuschas exploding and feel the reverberations of these explosions on the walls of the bomb shelter.

For about three hours I was unable to call my family because cell phone towers were switched from commercial to unobstructed military use. Luckily it was late into the night and I was certain my family was asleep and had not yet heard the news of the situation in Israel. At about 12pm in Haifa, 5am in NY, I was finally able to get through to call my parents. I left them a voicemail and told them not to worry, I was safe, that I loved them, and I would call them later in the day. I kept the message semi vague so they would not panic despite knowing that the instant they turned the television to CNN they would.

After six hours the rockets ceased completely and we began to slowly trickle back to our rooms. For the first two hours after leaving the bomb shelter, things were eerily quiet. Then once again the sirens went off and we had to rush back down to the shelter, this time only for a few minutes. This was the theme for most of the day and into the evening, a constant repetitive cycle of sirens then silence. Everyone attempted to get back into a normal groove, but every little thing we did whether it be preparing a meal or watching TV couldn’t hide the fact that a war was underway. That night at about 8pm, the Jewish Agency evacuated myself and about eight other volunteers from Haifa to Jerusalem, which was out of the rocket range.

At the youth hostel in Jerusalem, two friends and myself were sitting and discussing what was going to happen to us, our planned trips, Israel, and to our Israeli friends who didn't have the option and luxury of leaving Israel if and when the war intensified. At 12am, exhausted and emotionally depleted, we mutually agreed that we no longer wanted to talk about what had happened that day. It dawned on us that we were in one of the holiest cities in the world and whether consciously or subconsciously we mutually felt a pulling to the holy Jewish site of the Western Wall.

We walked for two hours in utter silence to the old city of Jerusalem. We eventually made our way through the narrow streets and alleys to emerge at the Western Wall. I sat in a plastic chair, with my head against the wall, thinking, praying, and meditating for one and a half hours. To this day, those ninety minutes, with my head resting against the wall encompassed the most intense, mindful and spiritually profound experience of my life. I walked away from the wall with an overwhelming and unwavering sense of inner peace and comfort. In higher spirits, we made the trek back to the youth hostel and arrived as the sun was rising over Jerusalem.

Despite the emotional satiation of the previous night, we awoke to face the reality that we were living through a war. Expectedly, my family pleaded with me to come home to New York. After a constant stream of conversations plagued with arguments, disagreements and insistence by both parties, I refused to leave Israel. At this point my family and friends at home thought I had lost my mind. In an attempt to reconcile my decision, I recycled the question that seemed to continuously arise in conversation. Why would an individual not return to their home and the comforts of their home and instead choose to stay in a war torn country? Attempting to answer this question caused even more confusion. I had been in Israel for less than two months, continuously felt disconnected and distant from Israeli life, I was displaced with no purpose and no apartment, living out of a backpack. Contrary to this, I was repulsed by the idea of leaving it all behind to return to the comforts of the life waiting for me in New York.

When these events happened I was twenty-two years old, a recent college graduate, living independently in a country that most often is visited by college students on itinerary based trips, secluded and buffered from the perils of daily life in Israel. While in the youth hostel I encountered numerous individuals whom were a part of these organized trips. Though it may appear judgmental and critical, there is a distinct difference in the magnitude of emotions experienced by a student on one of these organized trips and those of an independent traveler. I myself came to Israel in January of 2006 on the Taglit-Birthright trip and experienced Israel from the group perspective. I know, first hand, the many differences between a guided trip and an independent six- month trip to Israel. During the war, I was on my own, my best friend was myself, and only I had the limited control of my safety and the decisions I made to pursue that safety. Students who were on guided trips put their safety and their trust in the hands of their trip organizers. While they were safe in Tel Aviv, gossiping about how the war in the north was affecting them, I was in a bomb shelter in the north, listening to the echo of Katuschas as they were exploding.

One of the major reasons I went to Israel was because I was fascinated and curious with Israeli culture. How could a country and its citizens live in a state of existence that looms with internal threats of terror attacks, suicide bombings, and the external threats imposed by its geographical location? To attempt to answer these questions I felt I had to engulf myself, at least temporarily, in this country and in this life. To have left at the requests of my family and friends would have only been cheating my curiosity and wonder.

I endured through the war and spent an additional four months of peace and quiet in Israel. The life lessons I gathered during my experience made me into a stronger, wiser, more mature, and spiritually developed person. One of the more noteworthy pearls of wisdom I took away from my trip was on the impermanence of life. Many of us take what we perceive to be the trivial and fleeting moments of our lives for granted. We don’t realize it but at any instant, the fabric of our lives -- working, eating, shopping, spending time with friends and family, can all be ripped away without warning. I’ve truly come to appreciate the mediocre experiences of my life, to acknowledge the good and the bad but mostly to appreciate the good. In doing so, I’ve learned to transform these experiences into cherished moments in the story of my life. 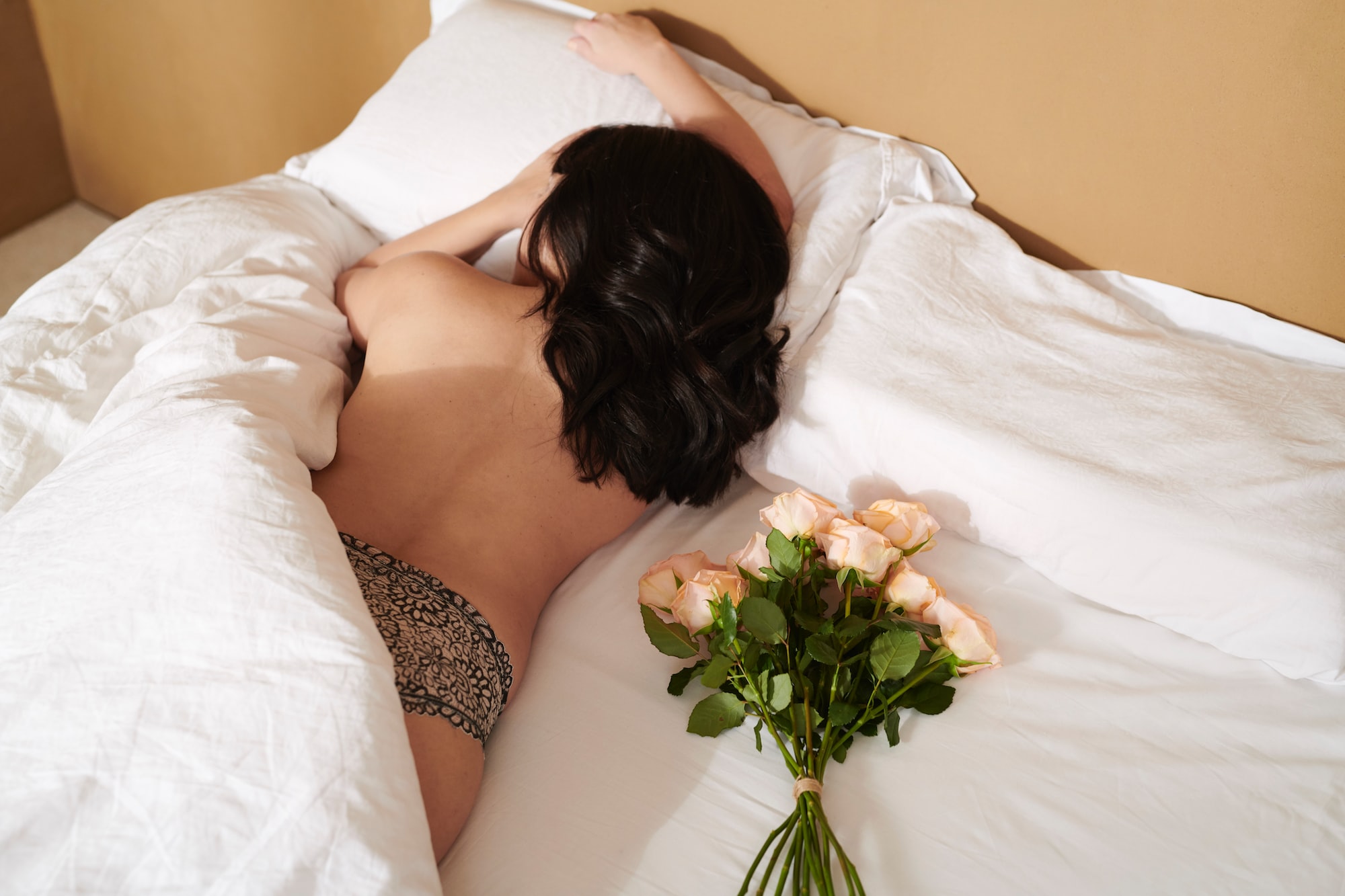 I wrote and published this eBook in the spring of 2011.