Believe it or not, but it’s hard to find trails around here. After an hour drive and some sketchy directions, I arrived at what appeared to be an entrance to a park of sorts. What ensued was a ten-minute (bumpy) off-road-ride in my Mini Cooper to the trailhead.

I parked my car, loaded up some gear including a liter of water, my knife, my alpaca scarf and beanie, and an apple. I took a photo of the sign with the trail map and had a conversation with a family that had just gotten back from a hike. They mentioned that they had made it halfway to Devil’s Hole before turning back and that it was a beautiful hike.

For a good hour, I was in the high of the hike, the beauty, the ruggedness, the solitude, the expansiveness, simply being with myself and noticing. At the one-and-a-half-hour mark, I noticed the wind picking up and the sky darkening. I knew what this meant…Rain. I was headed into rain—rather rain was headed into me—and I didn’t bring my rain jacket.

I stopped for a moment and felt into the situation…felt into my body. I noticed the subtle activation of my nervous system, where there was expansion before, now was a slight contraction. Where there was a sense of openness before, there was now a closing off of my heart and a growing sense of urgency/importance. I took a step and another step and another step and noticed what felt like to head into the clouds, rather than away. I noticed the activation of my mind, and the mashup of meaning-making and the activation of intuition.

“Of course it’s dark and gloomy, I’m heading into fucking Devil’s Hole…what do you expect?” I greeted the Spirit’s of the land and continued, per my discretion. I could have turned around, but my Capricornian nature is to buckle up and continue on—and that’s exactly what I did.

Fifteen minutes later and it appeared I was arriving at the end of the trail, for there was a long narrow dirt path that descended towards the Mojave River, which I had been walking parallel to for the entire hike. As I descended to what I would discover wasn’t Devil’s Hole, but “Deep Creek” the sky opened into one of the strongest downpours I’ve ever experienced!

What could I do in this moment? I found the tallest tree and hunched underneath it, laughing out loud at the situation I had gotten myself into. All I could do was be in the meditation of this moment.

I noticed my breath.

I noticed the rain hitting my flannel shirt.

I noticed my heart rate increasing.

I noticed the constriction of my muscles.

I noticed the tunneling of my vision.

I noticed my eyes looking peering out for lightning and my ears listening for thunder.

I noticed particular sensations which in the past I would have associated with the dropping of my blood sugar, but now I’m more prone to believe was the releasing of cortisol.

I noticed my mind hoping/praying this would pass quickly, for I had a solid hike back to my car.

My nervous system was fully activated, fight or flight…

Yet, how do you fight a storm?

…and where do you flee to in such a moment?!

Nature herself, my body perceived, was a threat to my survival.

I did all that I could do in such a moment.

I asked the sky to turn the volume down on the rain.

He responded by turning the volume down.

Several minutes later, after assessing the movement of the clouds I decided it was best to start my hike back, for it appeared that I could get ahead of the rain if I hustled.

Even though I was out of ‘danger’ I noticed how my system was still activated. I stopped and shook out my body and made sounds with my voice.

I noticed how my impulse was to move, to hustle, yet there was literally no need to hustle. It’s as if I was moved by some part that believed my car to be the source of my safety. I knew it wasn’t, but something was driving me, literally, to get back my car.

I reflected on this for a moment and saw the parallel to an aspect of my meditation practice and life itself. The desire–and unconscious need—to escape, to hit the eject button.

It’s as if getting back to my car would save me, or more appropriately take me out of this seemingly threatening situation.

Just as my meditation timer often feels to be the saving grace from a somatically intense meditation session.
Just as something out there, in the future, might be the thing that offers me a reprieve from the intensity of this moment of life.

With this awareness, I sat down, closed my eyes, attuned to my breath and dropped into my central channel as I do every day. I noticed the calming of my physiology and the re-regulation of my system. I noticed the gentle breeze across my skin, the sweat and rain dripping down my back, the music of the birds above, and the movement of my belly as I breathed into it.

Breath could breathe me again and I was free to be, here, in this moment, on this trail.

When my body said it was time, I stood up, stretched out and began the walk back to my car.

Now, I was in a state where I could actually experience the joy of the moment and this hike, which is exactly what I did.

And as the unfamiliar became familiar and as the mystery veiled herself once again, I let myself feel the sadness and the sorrow as I meandered past the indicators that I was approaching my car.

I noticed the mental resistance to the ending of this extraordinary experience. I noticed the longing for more—more of all of it.

For what I discovered—and finally owned—is that I feel most alive and most mySelf, when on mountains, especially in crazy fucking weather.

This is one of the many ways I practice and cultivate intimacy with Self...by simply being with my Self.

Noticing and being with what is, with nature, in nature, as nature.

On the trail to discover, with each step, the nature of Self. 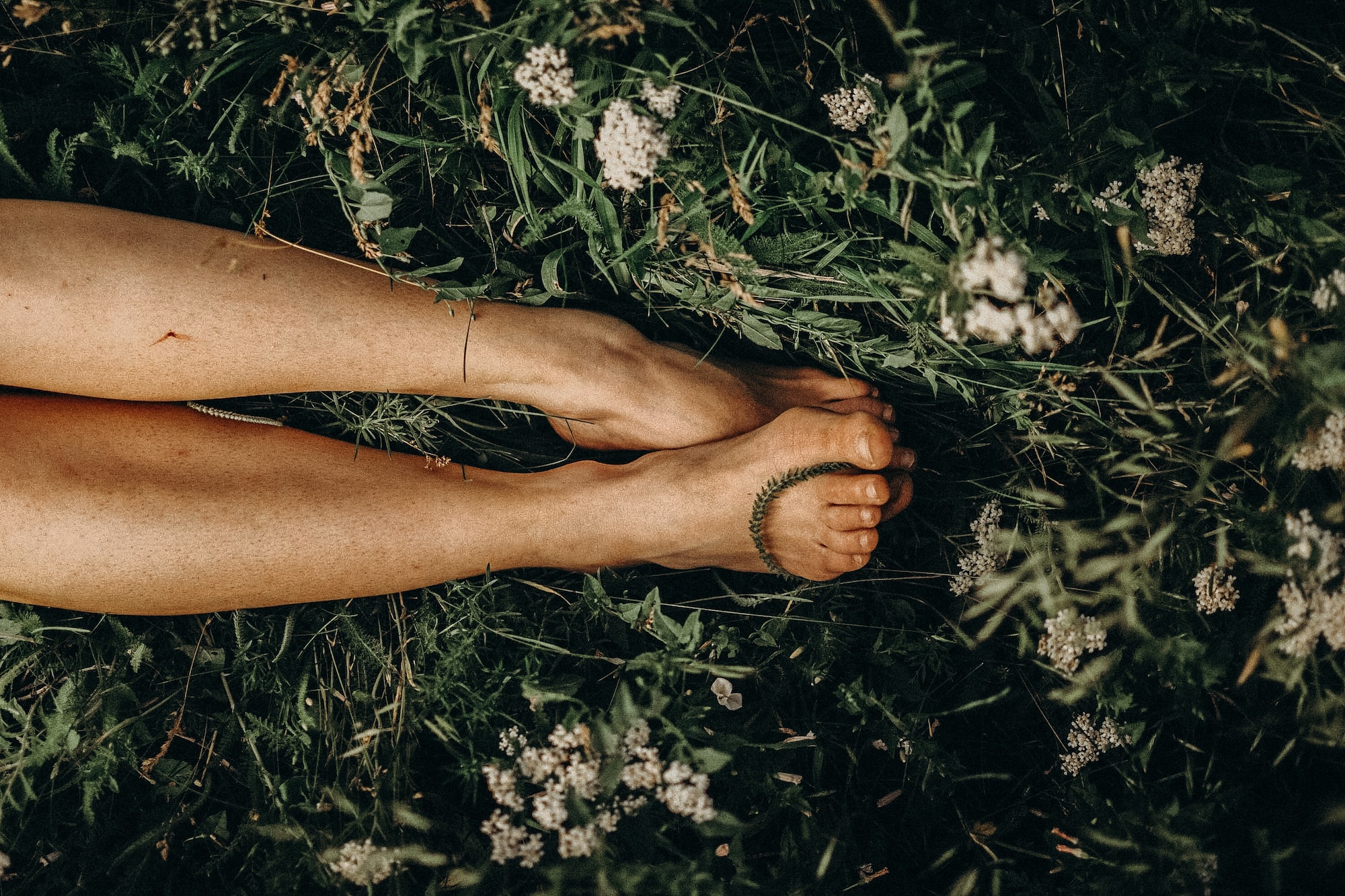 You can run towards the healing you seek, doing the things you think you need to do to heal, or you can let the healing unfold, as a by-product of actions informed from internal instruction. 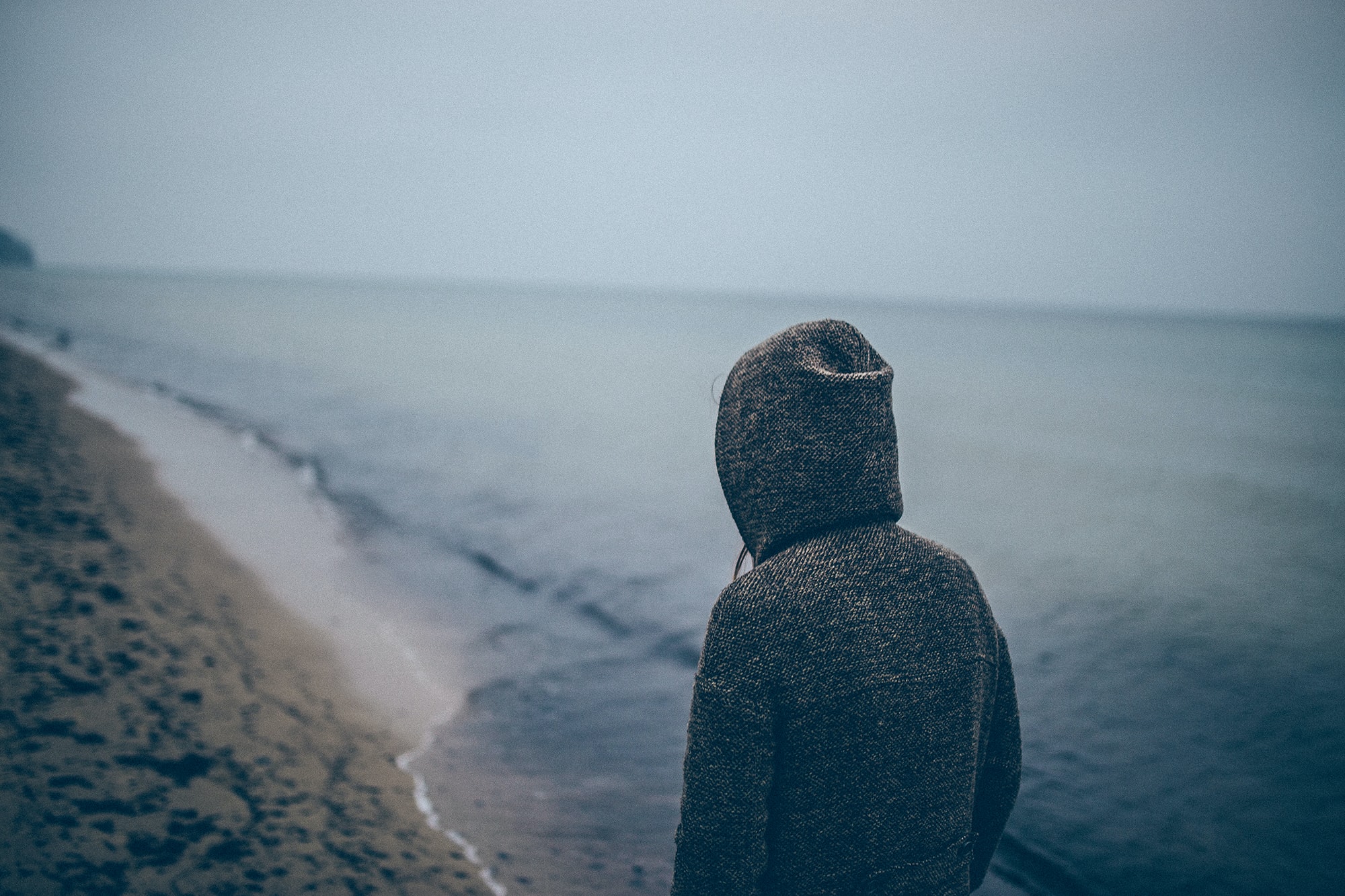